An Easter egg hunt with a difference: 5 of my favourite finds

Bring your basket and join me on a hunt as we look at my five favourite website Easter eggs. 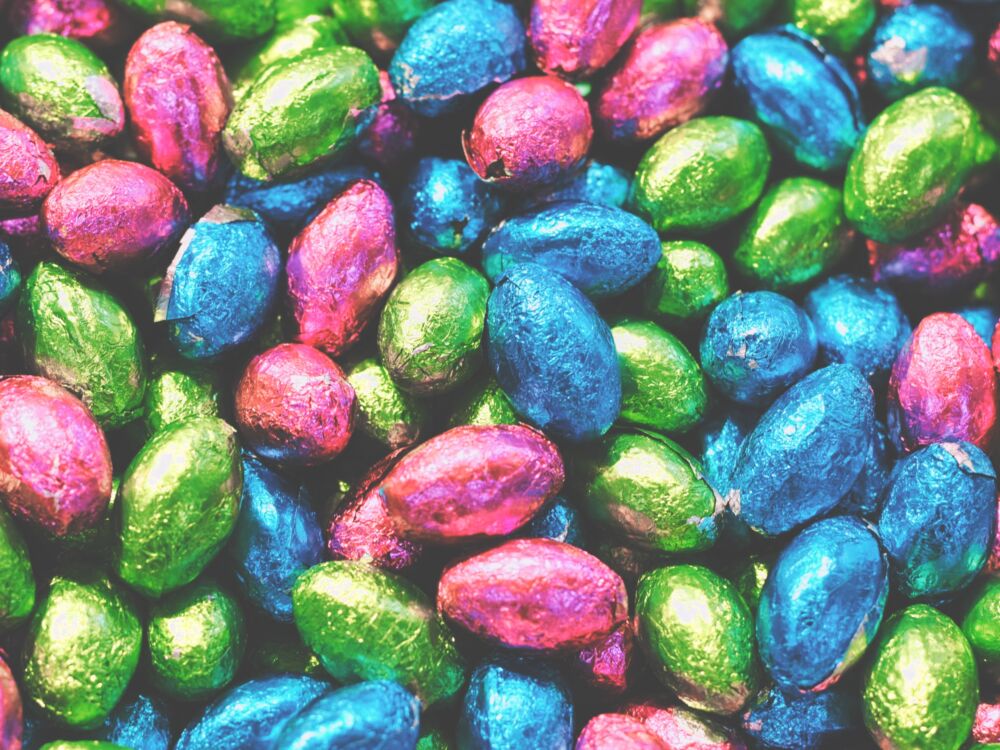 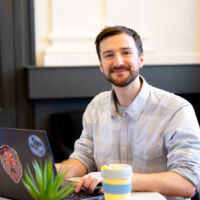 Hello! I’m Paul Jardine, an  independent web designer, developer and consultant from Stockport working with clients all round the UK.

Chocolate eggs are nice, but have you ever uncovered a really cool Easter egg hidden in the depths of a website’s code?

I’m talking of little treats left not by the Easter bunny but by web developers with a bit of a sense of humour. These Easter eggs are things like in-jokes, mini games, hidden messages and special features that are hidden somewhere in a website’s code or a computer program, for example.

So why not bring your basket and join me on a hunt as we look at my five favourite Easter eggs? 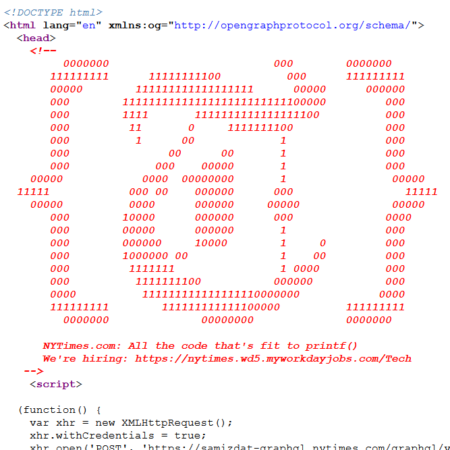 This is gone now on the live site, but I have taken this screenshot when I found it.

I spend a lot of time poking around the source code of other websites and I love it when I find a hidden message in the HTML for other developers.

Late last year I found the New York Times advertising for a developer vacancy in the website’s code. This is particularly clever because it’s not been put there just as a gimmick, but actually serves a potentially valuable recruitment purpose.

By hiding away the job ad, the New York Times is sure to filter out applications from people who might just apply for all web developer roles. Instead, it has focused its recruitment message on those already interested in what goes on under the hood at the publication.

You know the little dinosaur that pops up when you open a page in Chrome without an internet connection? Well there’s more to it than what meets the eye! Pressing space (or tapping on a phone) triggers a fun little game that has entertained me through many a train tunnel.

Used as the ultimate cheat code of many video games in the past, websites also started getting in on the action for a while in the early 2010s. Pressing Up, Up, Down, Down, Left, Right, Left, Right, B and A on your keyboard could trigger some mad effects, from dressed-up dinosaurs to confetti and all sorts in between.

There are loads of examples in this article, but know that web developers delete or update Konami codes all the time. 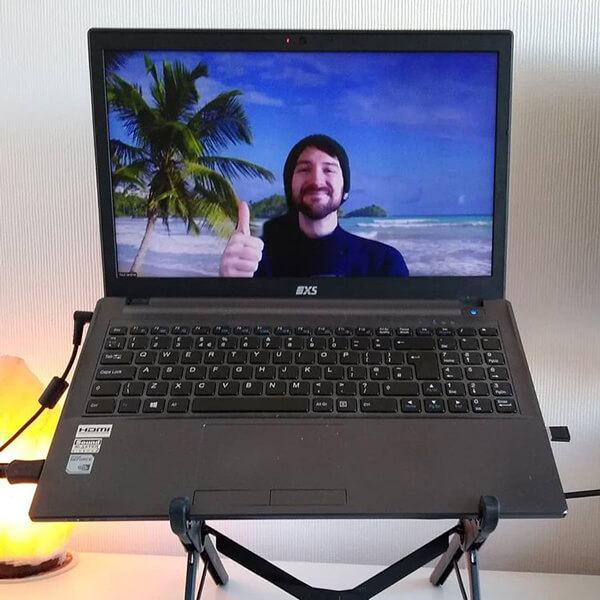 Learn how to boost your website's search performance at my online SEO workshops.

This is possibly the nerdiest Easter egg of all – and that says a lot. When viewing the source code of this website, I spotted the developers had included extreme sports emojis (a little skier, snowboarder and surfer) as the class names of the opening HTML tag.

This doesn’t actually do anything (I’m not sure if an emoji as a class name is even valid HTML), but this little hidden touch really showed me how much the developers cared about the website they were building. I was so impressed, I actually bought a hoodie!

An old classic for fans of Starfox on the N64. Typing in ‘Do a barrel roll’ in the search bar on Google spins the search results 360 degrees. There are now more variations like asking it to spin several times, but when it first came to light it had me and my developer colleagues chatting for hours trying to figure out how it worked.

This is just one of many Google Easter eggs. Try typing askew in the search bar, or play this breakout game hidden in Google Images, or how about Pacman in Google Maps?

The future of web Easter eggs

Of course, these and many other Easter eggs hark back to a time before smartphones were widely used (The first Atari video game Easter egg is 40 years old this year!). Even a few short years ago people were predominantly viewing websites on desktops via a high-speed broadband content. When this was the case, developers had more resources to add in secret stuff like Easter eggs without the risk of massively slowing the page down.

These days you very rarely see Easter eggs, as people tend to view websites on phones. This rules out tricks like Konami code, as there is no keyboard, but also when people browse on their phones, their habits are different. Mobile users are more likely to have a ‘get in, get out’ approach to browsing; they don’t tend to want to play around with a site.

Likewise, modern web development is more focussed (or should be, in my opinion) on optimisation and page load speed, so extra things like hiding in a secret photo of a dinosaur tend to get left out.

Want to stay up to date with the latest from my blog, next workshop dates and other news? Sign up for my monthly newsletter and get a free website MOT guide. 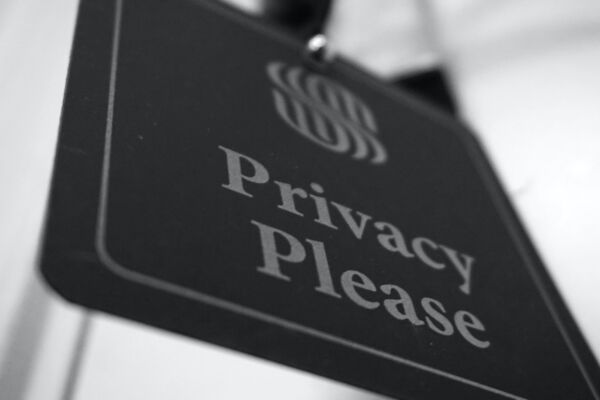 How big tech companies stopped data mining and started handing out shovels instead. 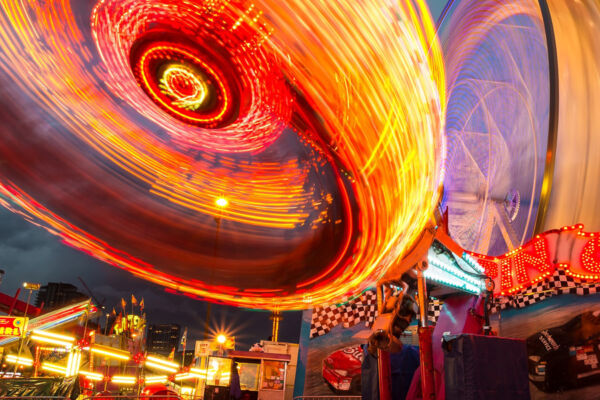 Get a move on, buddy! A fast loading website will improve your users experience, improve search engine performance and help you achieve your goals. 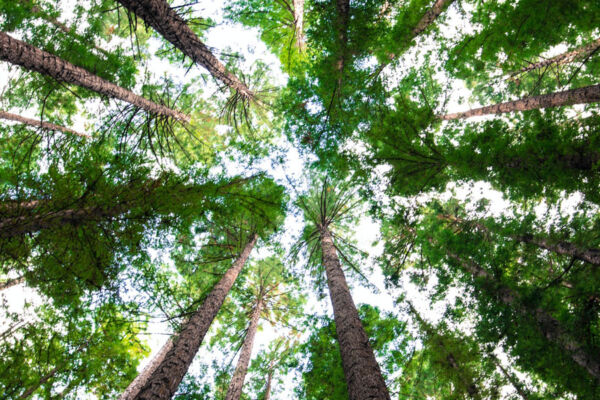 Our digital carbon footprint is an obvious consideration, but it is difficult to quantify the impact of intangible digital products. Just how much energy does running a website use and how can we reduce our impact on the environment?

The monthly PJWD newsletter is full of tips and advice on web design, digital privacy and sustainability (plus dog photos).