Heaton Hops is a much loved tap house and bottleshop in Heaton Chapel, Stockport.

Since opening in 2014 it has become a key part of the local community in Heaton Chapel, winning Best Craft Ale Bar at the 2016 Manchester Food and Drink Awards. 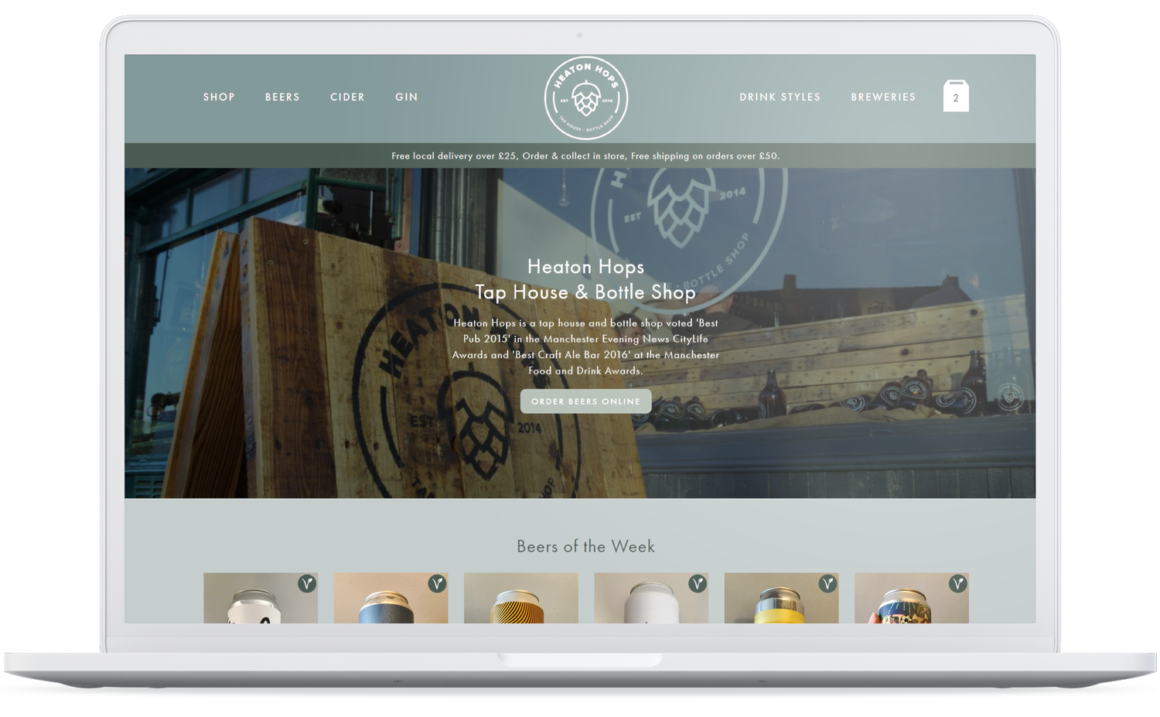 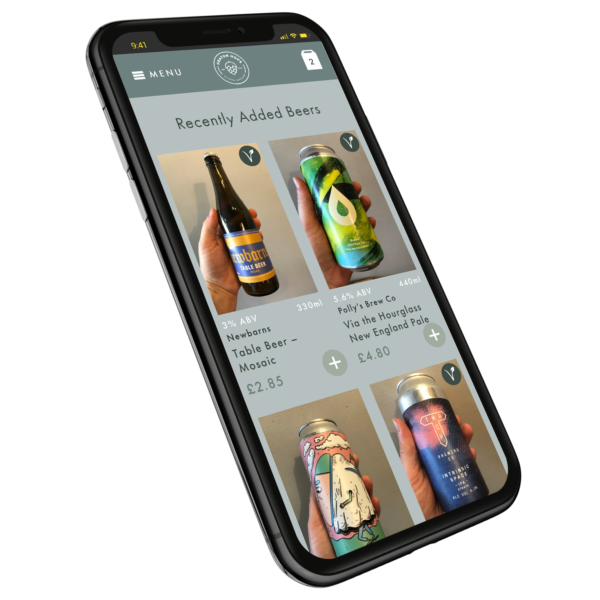 With the tap house closed due to the COVID-19 lockdown, I worked with Heaton Hops’ owners Damian and Charlotte to build them an online web shop as they adapt their business to introduce local and nationwide beer deliveries.

The main goal for this project was getting a functioning shop up and running quickly so they could be processing orders and generating income again.

I was also conscious to keep costs down as much as possible due to their income being reduced due to the taphouse being shut.

This meant adopting a phased approach to focus on rapidly creating a simplified design to launch with and then thinking about adding in more advanced features later based on the user feedback.

Phase 1 was to get the eCommerce system up and running using WooCommerce and taking payment with Paypal.

I also took what I’d learnt from building the Beerstork website back in 2018 and reflected what I could do better now when designing an online beer shop.

With this in mind, some of the main considerations for this project included: 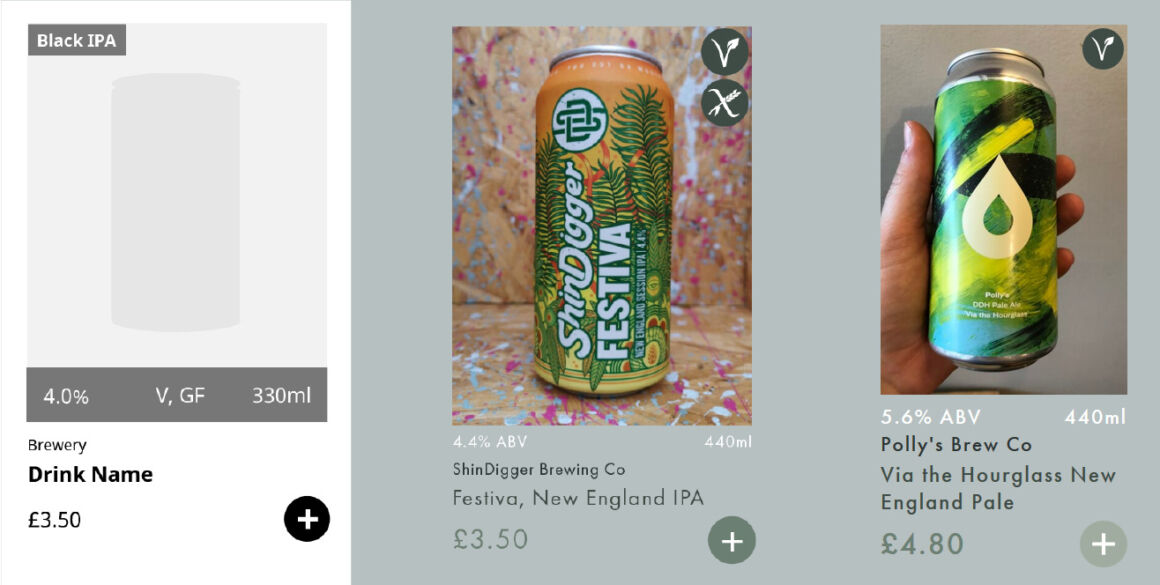 Progress of a product listing from wireframe to design to build. The layout evolved through the process to make the vegan and gluten-reduced symbols stand out more and we combined the drink category with the product name to optimise it for search.

First order made within 30 minutes of launch

Phase 1 investment paid for itself in under 48 hours 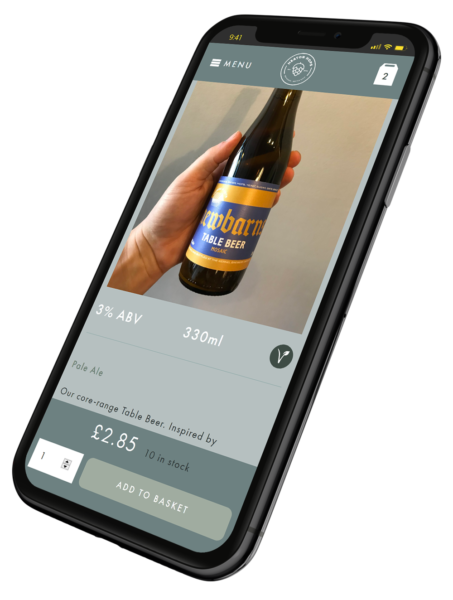 With the phase 1 build complete and the system taking orders, I’ve been blown away by the response in terms of orders and the positive comments.

We’ll be keeping track of user feedback to make improvements to the interface in the future.

We’re also using Fathom Analytics to anonymously measure which products are most popular and understand where improvements can be made.

We can also look to enhancing the SEO (Search Engine Optimisation) on the site to make individual products show up on web searches made by the new nationwide audience.

Thank you for all your hard work Paul- we’re really pleased with the results and the customers are really liking it. 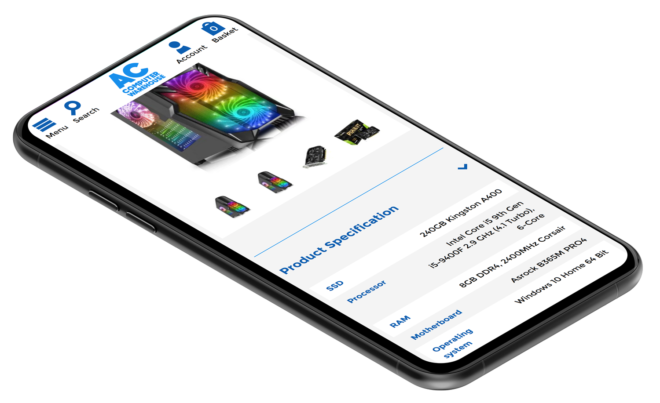 Website rebuild for the Stockport based computer shop and device repair centre featuring eCommerce functionality and an appointment booking system. 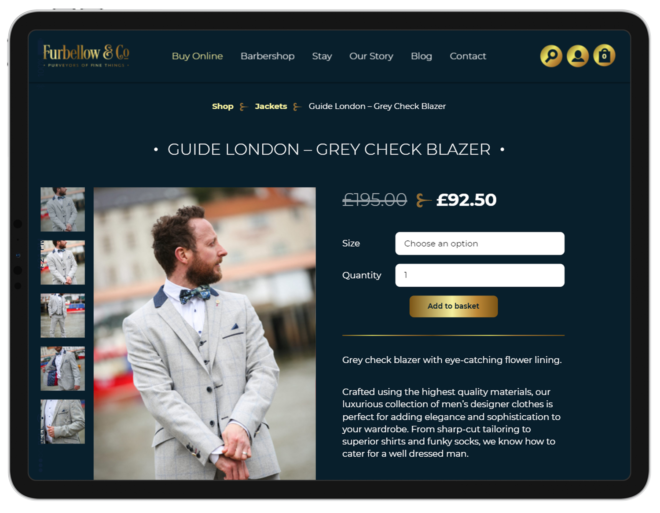 Recieve helpful website advice and articles (plus dog photos) into your inbox once per month with the PJWD newsletter.